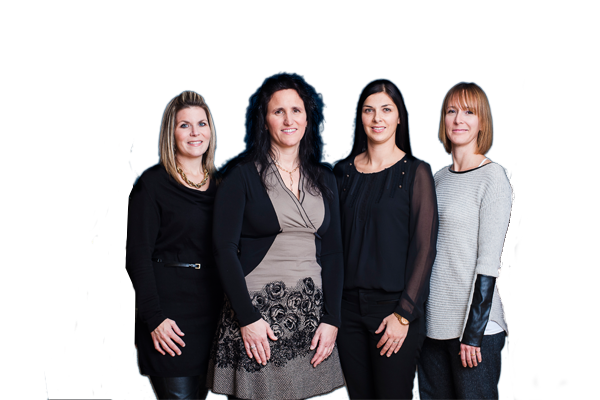 Our team, has five optometrists, an three opticians and more than 20 employees.

For 20 years, our team of optometrists made it possible for the clinic to distinguish itself. Our optometrists always try to improve your visual condition, by their great competence and personalized advices. Our 5 optometrists and all our employees are in constant training to be in forefront of technology concerning visual eye care. 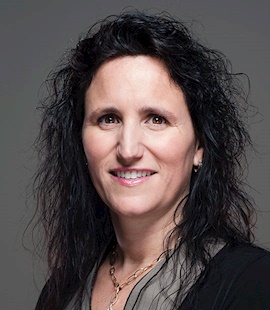 Born in Cadillac, Dr. Caroline Coulombe, spends her childhood in the municipality of Taschereau.

She ends her optometry studying in 1996 at the University of Montreal at the optometry school and at the time of the “Convocation”: a formal University gathering, to receive diploma certificate, she obtains a grant from the Quebec Association of Optometrists for her skills in visual optical re-education.

During her studies she does a training period in Alaska at Bethel Hospital to perfect her knowledge in ocular pathologies.

In December 2013, Dr. Caroline Coulombe’s optometry clinics, which she’s the sole owner since 2008, will change name for: Vision-Ère Optometry Clinic.

In October 2014, an association is created between Dr. Caroline Coulombe, sole owner of Vision-Ère Optometry Clinic in Val-d’Or and Dr. Andrée-Anne Roy, to buy an optometry clinic in the city of Amos, which they both own. 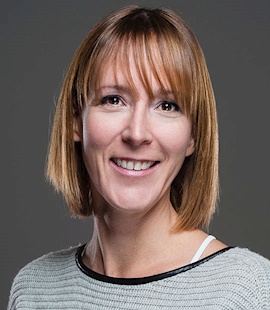 Dr. Valérie Paquin comes from the city of Rouyn-Noranda.

In January 1999, at the University of Montreal, she finishes her schooling at the optometry school, where she receives a grant for her excellence in optical ophthalmic.

In order, to acquire a greater experience in ocular health and pharmacology, Dr. Paquin does a training period of 2 months in a private clinic near Jacksonville in Florida.

When she comes back from her schooling, she will work in Rouyn-Noranda for a year. Dr. Paquin finally adopts, the city of Val-d’Or, to work full-time at the Clinique which is today named: Vision-Ère Optometry Clinic. 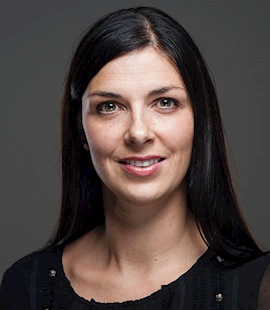 Dr. Sophie Pilon comes from the city of Rouyn-Noranda.

She finishes her studies in 2004, at the optometry school, at the University of Montreal. When she obtains her diploma, during “the Convocation”: a formal University gathering to receive diploma-certificate, she receives a grant for her competence in low vision.

Dr. Pilon completes her studies by a training period of 3 months her objective is to acquire a better experience in ocular health and pharmacology, at the Braverman Eye Center in Florida.

As soon as she finishes her schooling, she decides to settle down in Val-d’Or and joins our team of optometrists at the clinic which is known today as the Vision-Ère Optometry Clinic. 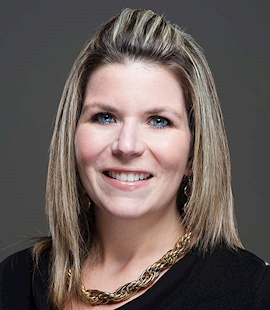 Dr. Andrée-Anne Roy comes from the municipality of Barraute and still lives there.

Between 2001-2003, during the summer she works at the clinic as she continue her studies. In 2005, she finishes her schooling at the optometry school at the University of Montreal and joins our team. During her studies, she does a 3 month stage period at the Braverman Eye Center in Florida, to acquire a better experience in ocular health and pharmacology.

In 2014, an association is created between Dre. Caroline Coulombe, sole owner of the Vision-Ère Optometry Clinic of Val-d’Or, and Dr. Andrée-Anne Roy to buy an optometry clinic, in the city of Amos, which they both own. From now on, Dr. Roy works at both clinics: Val-d’Or and Amos.

Dr. Émilie Deschambault comes from Quebec City. She moves to Val-d’Or at the age of 7.

Between 2007 and 2009, she works with us as a student. In 2011, after a training period at Providence in the United States, she finishes her schooling at the optometry school at the University of Montreal.

Since 2011, we can count Dr. Deschambault as a full member, who takes part in our team of optometrists.

Dr. Deschambault, socially implicates herself, she’s a volunteer in 2 organisms. She’s a member of the Val-d’Or’s Lions Club Inc. since 2012 and also a member of The Reception Committee for new arrivals in Val-d’Or since 2014. 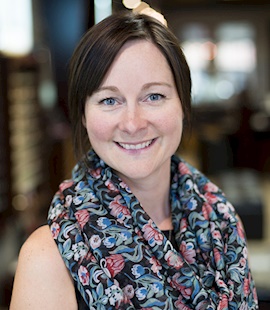 Shanny Audet, prescription optician, comes from the municipality of Barraute. In 1997, since her graduation, she’s an optician for Vision-Ère Optometry Clinic. For the adjustment of your glasses or any other questions concerning contact lenses, Shanny is the person to see. 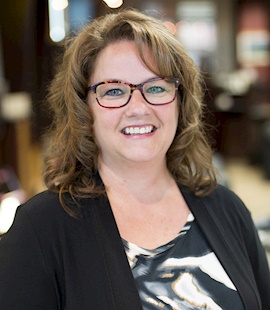 Martine Caron, manager, comes from Barraute. She works in the optical field since 1986 and is certified as an optometrical assistant. For more than 10 years, several times a year, Martine organizes “special event days” with our numerous suppliers. During these days, a larger choice of frames are being offered to the patients, which allow us to answer their needs and give them complete satisfaction. Member of Business Women of Val-d’Or (FAVO) since 2011, Martine Caron likes to implicate herself to create new contacts, for people to have a better knowledge of our enterprise. Responsible of the Human Resources, Martine has known for a long time, how important the employees are within the enterprise. This is why, she has effectively worked very hard these last years, to assure the happiness of our employees at work: Martine Knows the meaning of it. 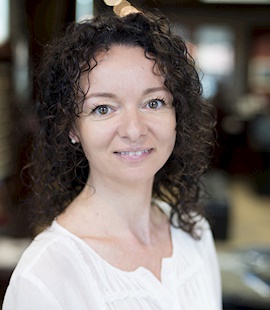 Martine Courte, manager-accountant, is the Vision-Ère Optometry Clinic accountant, since 1994.